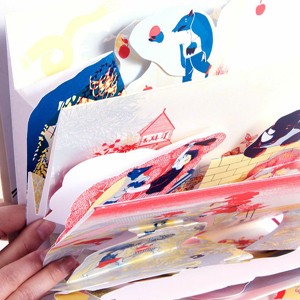 "Come to us to make your own comics!"

The course of comics and illustrations aims to help small authors to better communicate through images, expressing your thoughts and stories and materialize them into visual form, but also to experience the fun and spend time with art and stories.

Kids drawing course | Foundation of comics and illustration for kids

Application form for comics and illustration for kids

Are you not sure if is painting course right for you? Do not worry! We offer a trial lesson for indecisive people - you come into the studio, we will explain to you all about its functioning, the...

On Saturdays, we will be running an Oil Painting Workshop for beginners and intermediate students in our art studio. Within the frame of the course, each of the participants will learn about the main instruments and tools used in the oil painting. They will be taught the main skills of...

"Portrait is a visual task that has attracted mankind since the beginning of civilization, let us remember gods and their views on clay rollers, Egyptian portraits, Roman ... The portrait is a chance to look at each other for a long time, stop and don´t hurry, search on its face, expression,...

In just one day each participant will paint his own oil painting on canvas even those who have never painted before.   "Prove that you can do it too. You also have talent. Simply having at least one healthy hand :-). "    Jana Laštovičková Grygarová, certified instructor of...

"A unique artistic evening – combining drawing and painting with a glass of wine…" The course Painting an Act with a Glass of Wine is an exceptional experience not only for beginners. Join us and get rid of the shame and try to paint the figure for the first time. It will be an enjoyable...

"Artistic expression of each of us is unique. The point is to find his own creativity and desire to start! The workshops I lead to joyful meeting full of inspiration and new ideas. I support students in the creativity and mutual inspiration. The most important and most valuable is the...

"Do you have a nice old painting that you would like to take good care of? Did you find a gem in your attic or you simply want to know how we should take care of paintings by ourselves at home?"   During our one-day restorer course, we won’t make a professional out of you, this field is...

"Are you trying to draw or paint home portraits from photos, looking in books or online tutorials to capture the face to get "similar result"? You already know concepts such as perspective, ceiling, perspective, proportion, composition, shading, but how to work with them in the actual painting?...

The first step into the world of colors for beginners. Give yourself the gift of a lifetime and learn with us how to draw and paint!   "Every little child, if you give him colors and paper or canvas, immediately begins to paint spontaneously. It is creative, painting makes him to joy and...
1 | 2 | 3 | 4 > >>